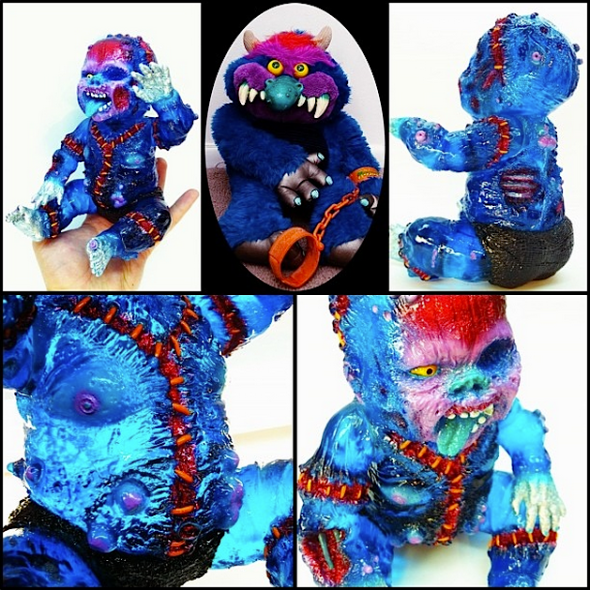 Topheroy proudly presents his latest custom masterpiece, the “My Pet Monster” Autopsy Baby! Cast in a clear blue resin for this incredible one-off, Topheroy has adorned the gruesome infant in a mixture of neon red, purple, blue and orange sprays 100% faithful to the cult 80’s plush  (the MPM chains reference in the staple stitches being the icing on the cake for us!). Unfortunately not for sale at present, we’ll be keeping our fingers and toes crossed that a similar run in the recently unveiled Autopsy Baby sofubi will rear it’s ugly head soon… Well, we can hope anyway! 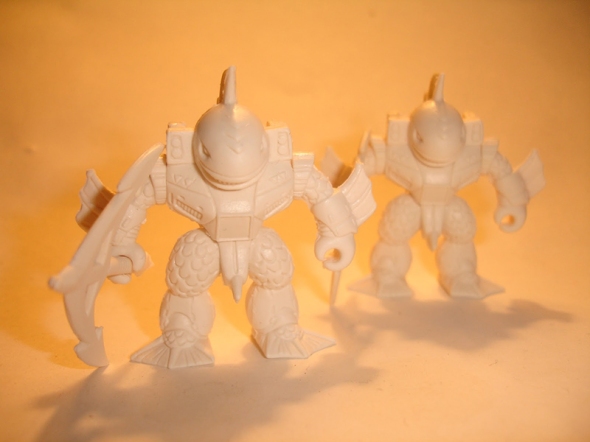 Even with a whole host of other mini figure projects on the go, master caster Eric Nilla has managed to find time to squeeze in the second addition to his on-going custom “Gumball” Battle Beasts series, the Killer Carp! Taking the hard plastic originals of the western Battle Beasts we all know and love, Eric has been re-casting the mini figures in a flexible rubber to resemble the original capsule (Gashapon) line from the early 80’s known as Gumball Battle Beasts… Unfortunately it appears that Killer Carp has already sold out, so to be in with a chance of grabbing the next in the series, Triple Threat Snake, be sure to keep track of the dedicated Little Rubber Guys thread for further developments…