With ToyConUK just a few days away now, The Tarantulas finally reveal the plethora of exclusives they’ll be bringing along to the Fishtank Castle LIVE booth… Neo-kaiju fans not attending the event be warned- you’re going to be turning all shades of green when you see what’s on offer! For those lucky few that are though, here’s a quick rundown of what you can can expect…

Bubblegum II// Based on the 2009 SDCC resin NIBBLER release, this ‘remake’ has been cast in a flesh soft vinyl, coming complete with black eyepatch. This little guy will be available when the doors open at 10am.

Chompy Man// Once again opting for an awesome flesh-toned soft vinyl, Chompy Man comes with a striking pair of blue pants inspired by Action Man. He will also be available open doors.

1983// The rather aptly titled figure comes in a mix of familiar 80’s action figure colours that The Tarantulas played around with when the NIBBLERS were originally conceived. Unlike the previous figures, 1983 will drop at some point in the afternoon. We suggest keeping on the lookout for this one, it’s going to disappear pretty quick!

Joining the big 3, The Tarantulas have also confirmed a super limited batch of mixed part Real x Nibbler one-offs, the remaining 10 copies of the 1983 Annual, a special ‘under the counter’ resin release, plus a whole host of guests that will be dropping by throughout the event… Expect a full booth reveal over the weekend! 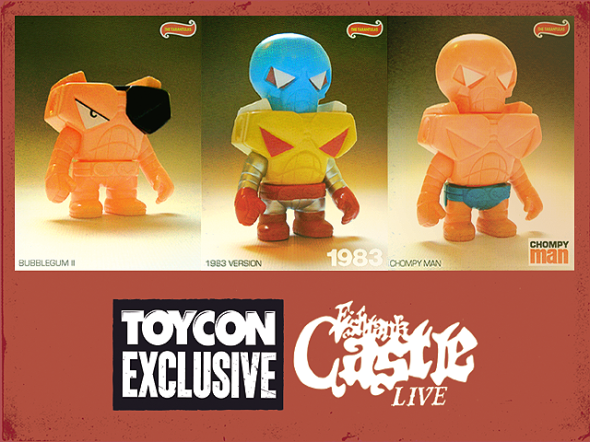 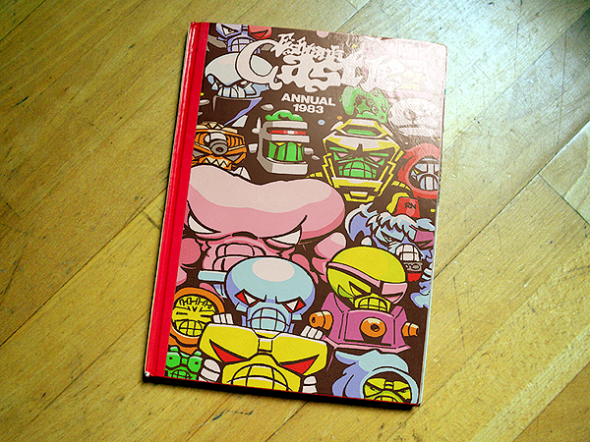 Ahead of the massive NIBBLERS artist series due late November (find out more here), The Tarantulas are proud to reveal the first printed book based on the highly sought after figure, the Fishtank Castle Annual 1983! Featuring action packed Nibbler comic stories, an official Nibbler collectors checklist, the NIBBLERS artist custom series gallery, unseen stuff from the Fishtank Castle archive, Matt Doughty’s ‘cut out & keep’ recipe cards, plus a whole host of stories, posters, puzzles & other poorly conceived page fillers, the bumper 64 page annual will be available to preorder from the Nibblers store in limited quantities soon…