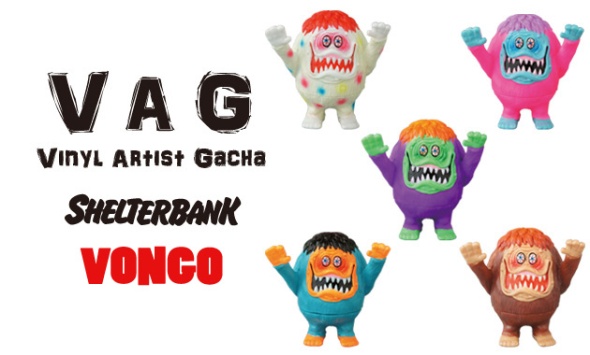 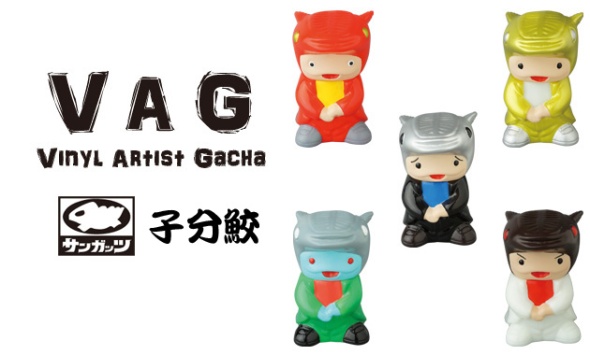 Medicom Toy return with a fifteenth series of VAG next month

Mark Nagata over at Max Toy Co has just unveiled an absolutely huge new release that’ll be seeing the light of day soon, the Monster Boogie Gatchapons! The brain child of Max Toy’s producer Quack Maxx, the series is set to feature a whopping total of 10 different mini-sized sculpts from a variety of different artists, including the Dino Bros from Pico Pico, a car-humanoid character who appears to be from PPPudding, plus a new rendition of Nagata’s own Eyezon. With a few of the figures already revealed in vinyl (as far back as October last year!), we’ll be keeping our fingers crossed these awesome little guys see their first release soon… 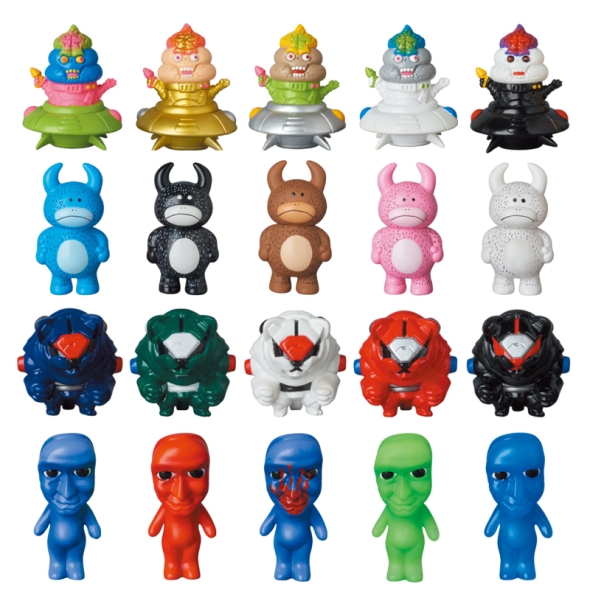 Having had continued success with their Vinyl Artist Gacha line over the past year, Medicom Toy are proud to reveal that a fourth series of the multi-artist minis will be touching down next month! Once again featuring 4 of sofubi’s biggest hitters; Goccodo, Uamou, Max Toy Co and Noprops/Mirock Toy, each have contributed miniaturised versions of some of their most popular toys, including Unkotsu, Vamou, Mecha Nekoron and the Aoi Oni-inspired Blue Demon. Following a similar template to previous VAG releases, the set of 4 new figures feature a stanard 2.5″ tall 2-part design that come in a selection of 5 randomly assorted colorways. Touching down at Village Vangard alongside 26 other Japan-based retailers throughout late May-June for a super-cheap 500yen ($4) each, expect a worldwide release for VAG: Series 3 before the year is out…

Originally debuting way back in September of last year, Medicom Toy‘s Cosmos Alien Series is set to return as part of an unlikely – yet mind bendingly awesome – collaboration with Japanese underwear brand, BETONE! Featuring Cosmos’ original 1970’s Octopus (Ooze-It) and Fish gacha minis, the pair are joined by 4 new sculpts from Mirock Toy’s Kaneko Yowohei; the Squid, Sea Urchin, Blob Fish and Sea Horse. Produced in a variety of super-squishy glitter infused clear vinyl, the gang are due to come randomly packed in with the purchase of a pair of Cosmos Alien themed underpants. With a total of 5 different designs up for grabs at just 3,900yen ($33) each, be sure to look out for these ridiculously cool pant/toy sets when they hit BETONE retailers in late August… 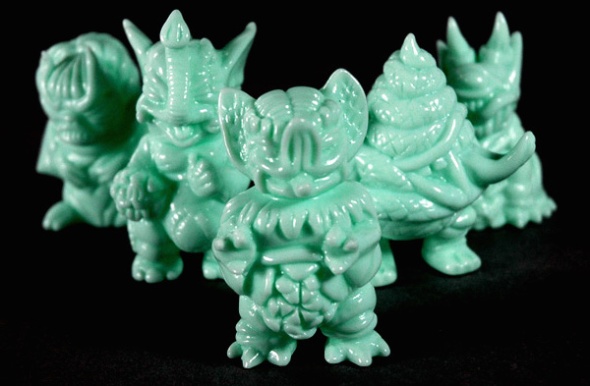 Hot on the heals of last week’s Glow-In-The-Dark drop, the guys over at Toy Art Gallery are proud to announce another round of themed releases, proudly presenting Gacha Week! Featuring the second series of Gargamel’s blind-bagged micros for a wallet friendly $6.50 each, the little guys have been joined by the latest colorway of Paul Kaiju’s Gacha Mini Set. Featuring a total of 5 2″ tall figures; Boss Carrion, Unchiman, Mockbat, Demon Dog, and Mockpet, these have been produced in a cool minty green soft vinyl and come in at just $60 for the set… Both touching down in the Toy Art Gallery store this Wednesday, February 11th at 12pm Pacific time, supplies are limited so be sure to get in there quick to avoid disappointment!

Angel Abby are proud to reveal that they’ve secured a fresh batch of Gargamel‘s Gacha sofubi micros! Featuring a whole slew of popular Gargamel characters in miniaturised form, including Smogon, Hujili’s Ghost, Killer and the Helper, the figures are being offered up blind-bagged, with a selection of unpainted black, hand painted and chase clears up for grabs. Available either as a set of 10 for just $75, 5 for $40 or 1 for $8, all 3 buying options can currently be found in the Angel Abby store right here whilst supplies last… 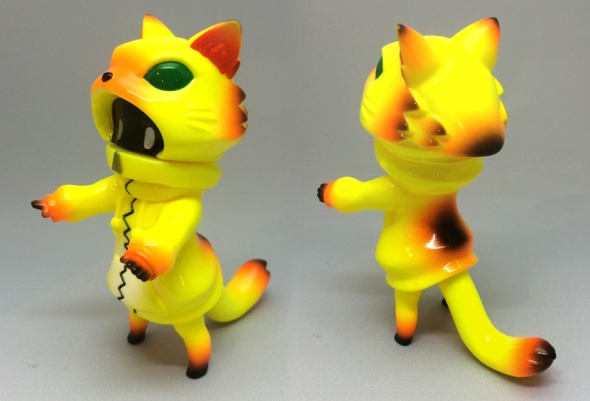 Up and coming sofubi artist Cherri Polly have just revealed that they’ll be filling their online store with a whole host of new goodies later this Friday, November 14th! Featuring 2 new versions of mini cat and mouse duo Maman and Nezumi; a “Tortoiseshell/Golden”, coming with orange and black sprays on white vinyl for $70, and “Aquarium”, cast in a clear blue vinyl with an acetate insert and silver detailing for $80, these have been joined by an unpainted “Rainbow” gacha release of Nenne priced at just $18 a piece. On top of all these, Cherri will also be offering up the latest painted micro-run of Nenne too (above), with this “Tropical Banana” edition coming cast in a bright yellow vinyl complete with black, brown and orange sprays for $90. Unfortunately an exact release time is still to be confirmed, so we suggest that interested parties keep a close eye on the store throughout Friday to avoid disappointment!