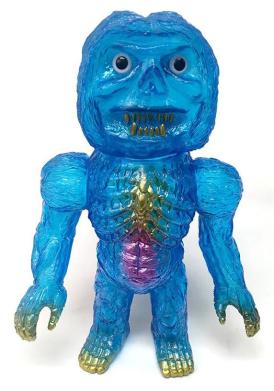 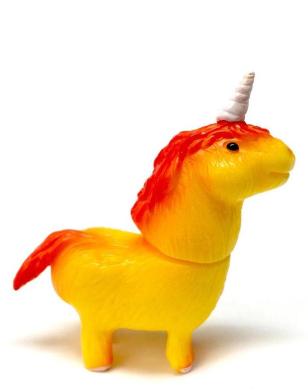 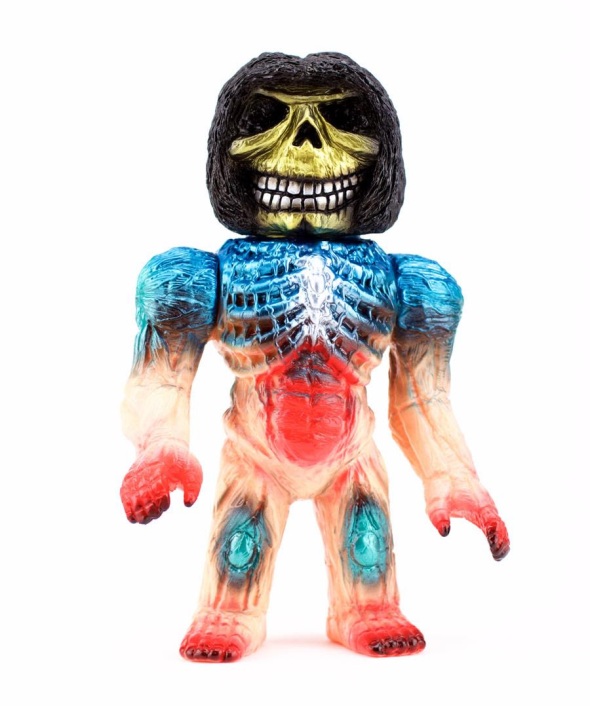 Kore Kore team up with Rampage Toys for a number of ToyCon UK exclusives, the first to be revealed coming in the form of a mixed-part Hag-X 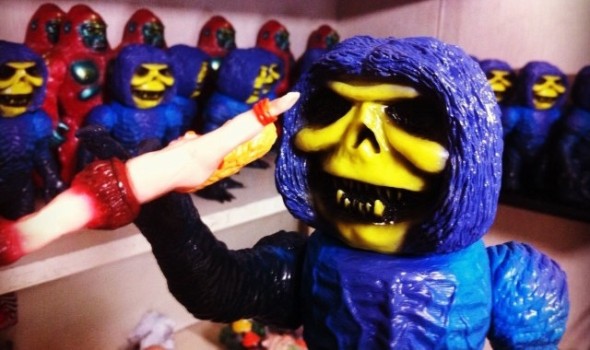 Hot on the heals of yesterday’s Fig-Lab mini show at Rampage Studios (of which a few recap pics can be found at the bottom of this post), Rampage Toys‘ Jon Malmstedt has started to reveal the various exclusives he’ll have up for grabs at Superfestival 71 this weekend! First up, we have the Skelehag… The latest version of Rampage’s “Hag-X” collaboration with Skull Head Butt, the piece – inspired by MOTU’s Skeletor – appears to have been cast in a black soft vinyl this time around, coming with faithful purple/blue/yellow sprays and a matching “He-Man” settler omake… 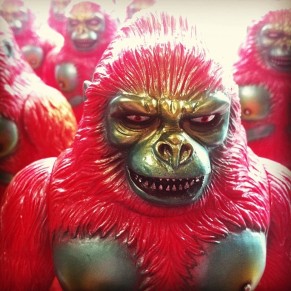 Next up, we have the first official third party run of Awesome Toy‘s new Bigfoot sofubi. Standing at a monstrous 10″ tall, the elusive ape has been produced in a red soft vinyl with gorgeous metallic sprays and detailing from Rampage. Both going on sale alongside a ton of other soon-to-be-revealed exclusives this Sunday, April 24th, look out for more exclusive reveals on the Rampage IG feed throughout the week… 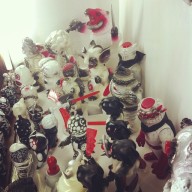 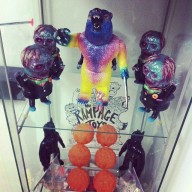 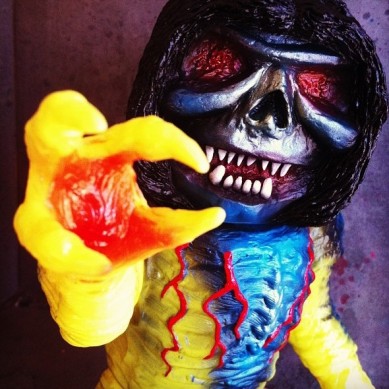 Rampage Toys‘ Jon Malmstedt has revealed that he’s teaming up with Japanese lifestyle brand The Convict for an exclusive run of HAG-X! Featuring Skull Head Butt’s standard “X” body with Rampage’s HAG head (complete with cap that transforms it into a free-standing Hag-Ball), the 9″ tall figure has been produced in a primary yellow soft vinyl this time around, coming with metallic blue, silver and red sprays inspired by 80’s bootleg toys. Going on sale via The Convict later this month, we suggest keeping a close eye on their Instagram feed here for release details soon…