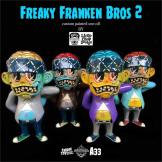 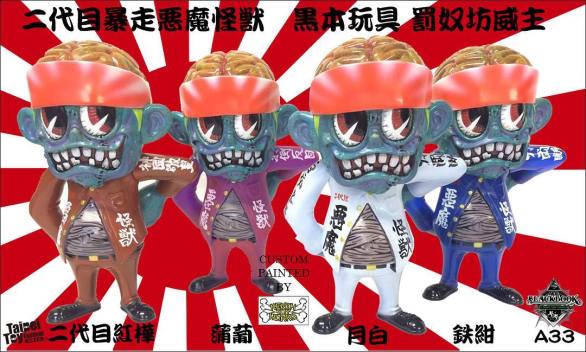 Nigo over at Blackbook Toy has just revealed that Lil Alex from their ongoing “A Clockwork Carrot” series with Frank Kozik will be seeing a release in an all-new “Bait” colorway this week! Standing at around 11.5″ tall and featuring 5 points of articulation, the Droog-inspired bunny – sculpted by T9G – has been produced in a clear soft vinyl this time around, coming with clear orange, grey and black sprays with masked detailing, a removable semi-translucent mask, plus a resin cast Kozik-scribed carrot accessory from none other than MF Chop. Going on sale in the Blackbook Toy store this Friday, March 25th at Midnight Japan time for 15,660yen ($139) plus shipping… 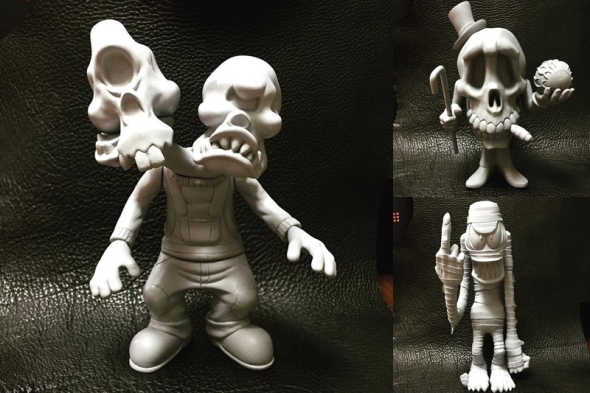 Rockin’ Jelly Bean have teamed up with up and coming sofubi producer Blackdots for the release of their latest line of toys, the Freaky Monster Village Series! Featuring a total of 3 mid-szied figures from some of the Japanese indie toy scene’s finest – “Twin Head Skull Bro” from Monster Farm’s Chop, the “Mummy Man” from Motor Kenz and “Mr Death” from RESTORE’s Abe Junnokai – the trio, whilst sadly not directly inspired by RJB’s erotic art, still have their roots set firm in the rockabilly scene that inspired the early indy sofubi of the mid-late 90’s. Revealed in prototype form at Wonderfestival Summer ’15 over the weekend, we’ll be keeping our fingers crossed for the first round of Freaky Monsters over the coming months…

BlackBook Toy have just revealed that they’re teaming up with pop artist Ron English for an all-new take on Ronald McDonald for their latest sofubi, Evil Mc! Based on the reoccurring character seen in many of English’s paintings, the sinister-looking fast food anti-mascot has been realised in 3D by the talented Chop over at Monster Farm. With the figure now currently in the wax prototyping stage – the finished head cast pictured above – we’ll be keeping our fingers crossed for the first release sometime in early 2015. Keep a close eye on the BlackBook Toy Instagram feed here for more reveals of the figure soon… 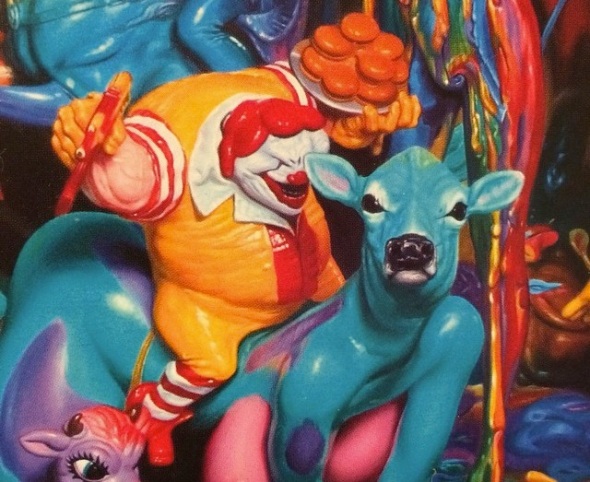