Brandon Barker reveals the first ManOrMonster? Studios NYCC ’13 exclusive, the Spirit of Vador custom bootleg! Resurrecting MOTUMU’s Vador, the stunning figure has been kit-bashed from a number of different MOTU-centric toy lines, featuring 4 points of WoW compatible neo-mag articulation plus sword accessory. Cast in a clear resin this time around, the figure has been dyed using aqua Homebrew Paints, coming complete with matching, hand cut vinyl cape. Dropping at NYCC booth #114, the Spirit of Vador will be available in super-limited quantities for around $80 each… 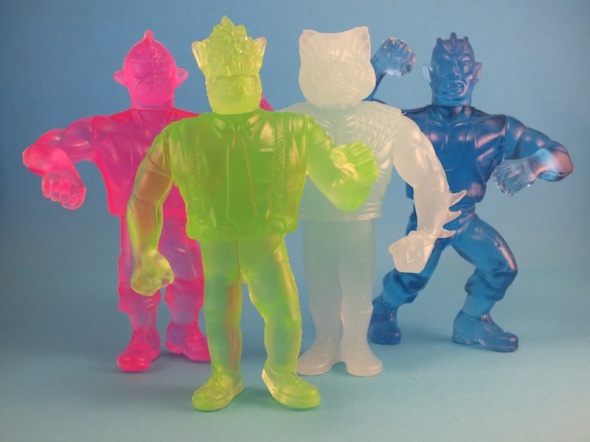 Fresh from the success of Dead DieBia$e & Co, the guys over at Goodleg Toys are proud to present their 2nd Series of Wrestlers of the Universe (WotU) figures, introducing Moneybash, Mermaniac, and the 2-Badders tag team, Nuke & Clutch!  Once again kit-bashed from iconic 90s WWF and 80s MotU action figures, this initial batch, rather aptly titled the ‘Soda Pop’ edition, has been cast in a mix of translucent exhilirant colours. Priced at just $35 each or $120 for a set of 4, each figure comes packed with a header card from the legendary Ralph Niese. Preorders start this Sunday, at Midnight GMT+1 on the Goodleg store right here… Supply is said to be super-limited, so WotU fanboys better be fast if they want to get their fingers on these rad colourways! 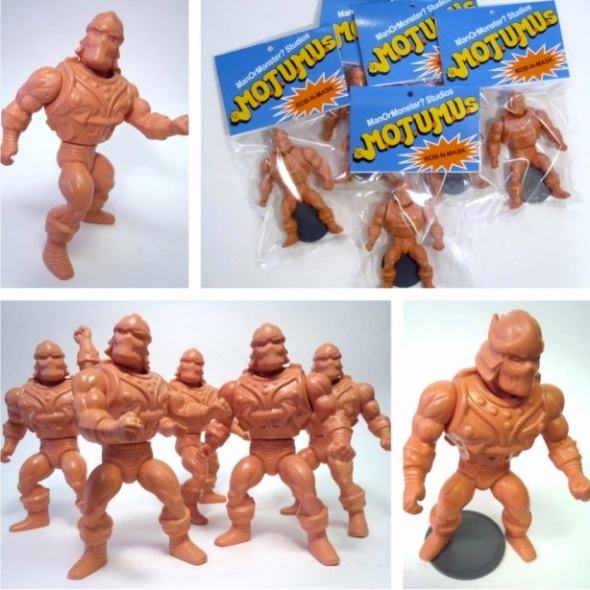 Following our exclusive look at Dest-Ro, the honour fell upon Nerd City for the reveal of ManOrMonster? Studio‘s second (In)action Figure Show entry… the incredible Rob-N-Mask MOTUMU! The third figure in the series to be unveiled so far, Rob-N-Mask pays an ingenius tribute to our favourite 80’s toy line M.U.S.C.L.E, featuring a mixture of booted vintage MOTU and TMNT parts that have been cleverly utilised to create one of the series’ most iconic characters, valiant knight Robin Mask! Cast in an authentic M.U.S.C.L.E flesh tone, the resin piece once again comes with neo-mag joints that can be fully interchanged with all MOTUMU and Warlords of Wor figures… Limited to just 5 pieces for the show, we should hopefully be seeing more in the ManOrMonster? store at some point in the near future. Stay tuned for the studio’s final 2 reveals later this week! 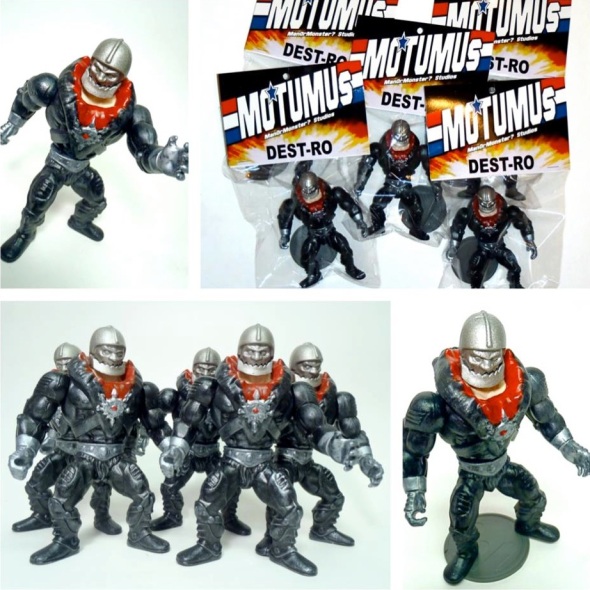 Brandon Michael Barker of ManOrMonster? Studios is proud to present the first of a staggering 4 new toys that he’ll be premiering at Clutter’s (In)action Figure Show next week… the Dest-Ro MOTUMU! (Masters of the Universe Mash-Up) As with the Shadow Trooper we posted a couple of weeks back, the latest MOTUMU has been booted from various action figures (including the head of Trap-Jaw), featuring 5 resin cast pieces with neo-magnet joints that can be fully interchanged with ManOrMonster?’s other neo-vintage line, the Warlords of Wor. Taking inspiration from classic 80’s toy line GI Joe, the figure features the same silver, red, black and yellow colour scheme of nemesis Destro, coming complete with authentic Joe-styled header… Limited to just 5 pieces at the show, Brandon will thankfully be adding more to the ManOrMonster? store soon after. Stay tuned for more reveals next week!