MAN-E-NEWS// The Dominant Species Part 5: Leather Back custom from Hoakser… 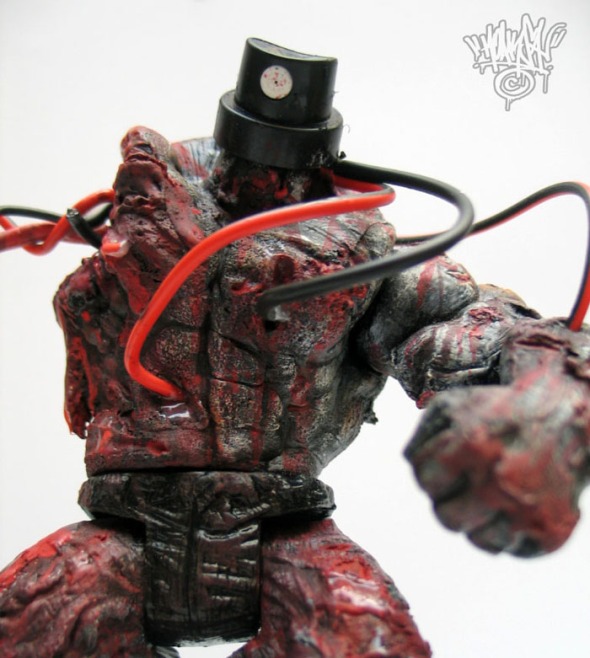 The first of 3 new additions to the Dominant Species series, Leather Back is the latest custom from UK based graffiti artist, Hoakser. Towering above Jack, Why Front, Polkadot and Unknown, Leather Back was originally an Incredible Hulk figure, that with hours of burning, sculpting, spraying, and brushing has become one of Hoakser’s strongest customs to date. Coming with his own dioramic plinth (replete with the remains of his last opponent!), Leather Back will be available alongside his 4 brothers on the Hoakser eBay store soon. Expect news on the remaining cast of the Dominant Species (the Medic and Three Fourths) to follow next week…

“This is Leatherback, wounded in battle, he had his arm pulled off, but don’t worry it will grow back…He used to be an Incredible Hulk figure who was  missing an arm already,he was given to me by a friend..After hours of work, he is now the biggest member of the crew with the most muscle..”- Hoakser 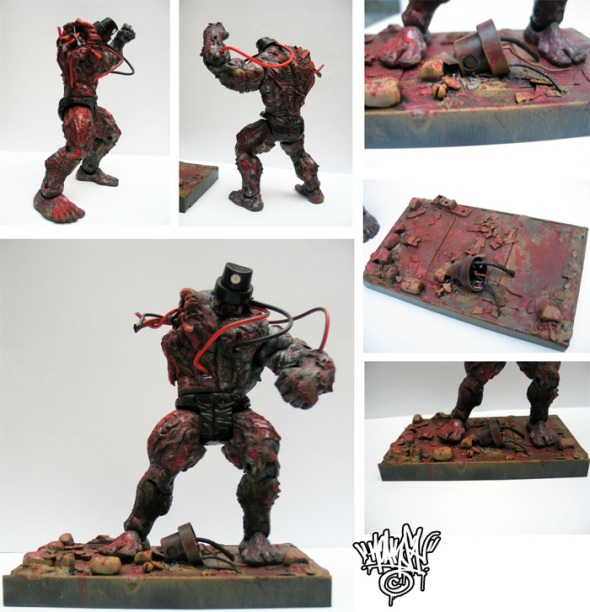 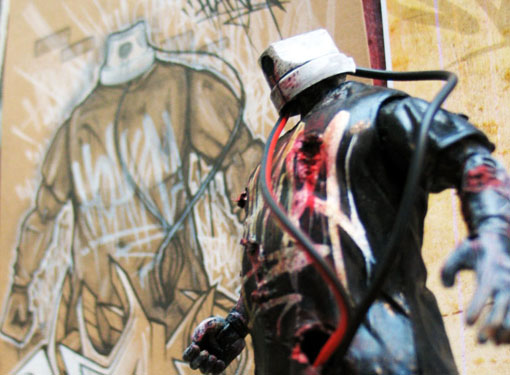 Hot off the heels of last weeks reveal of Polkadot, Hoakser brings the latest addition to the Dominant Species in the form of ‘Unknown”. Differing from his pant wearing sidekicks,  the 16cm tall custom wrestling figure has been spared his dignity, sporting a sweet t-shirt and shorts combo instead. Burned, brushed and sprayed to perfection, Unknown (alongside  “Union Jack”, “Whyfront?” and “Pokadot”) is currently available in the Hoakser store for £69.99 plus shipping. Anyone purchasing the figure will also be treated to an original customised sketch, plus certificate of authenticity…