MAN-E-NEWS// The “Innocent and Core” sofubi from Mai Nagamoto…

As usual, Superfestival 69 played host to a wide variety of new sofubi toys and artists over the weekend, including the debut of a very special figure set from newcomer Mai Nagamoto… the adorable Innocent (怪獣/Monster) and Core (子供/Child)! Featuring similar elements to many of the wave of cute sofubi around at the moment – Byron, Uamou and Rangeas in particular – the pair have been designed by Mai and sculpted by T9G (hence the distinct look!), standing at around 6.7″ and 1.5″ each. Produced in an unpainted clear soft vinyl for their first outing at Sufes over the weekend – and selling for the ridiculously cheap sum of just 3,500yen ($29) all-in – we’ll be keenly looking out for the first general release over the next few weeks…

Originally teased right here a few months back, the long awaited “Strong Smell Cyclops” from Goccodo and Restore finally made its debut at Superfestival 69 yesterday! Whilst still very little is known about the figure at present, it would appear that the impressive piece was designed by Goccodo loosely based on his recurring “Unkotsu” character, coming sculpted by Restore’s Abe Junnokai at around 10″ tall. Debuting – and very quickly selling out – at yesterday’s event in a gorgeous blue vinyl with subtle white, Black and Tan sprays, we’ll be keeping our fingers crossed that an internationally available version will be making an appearance soon…

Originally teased as a finished clay prototype a couple of months back, the newly titled “Heragrado” sofubi from Roughneck.7 has finally been revealed in vinyl form! Continuing their renaissance in classically styled kaiju, Roughneck’s latest figure dwarfs the previously released Demushiron, Yabkyrie and Jabara at around 14″ tall (TBC), coming complete with 9 points of articulation that can be manipulated to transform the figure into the stunning “tank mode” you can check out right here. On display at Superfestival 69 earlier today, we’ll be keeping our fingers crossed for Heragrado’s first release over the next month or so… Stay tuned for the full lowdown soon! 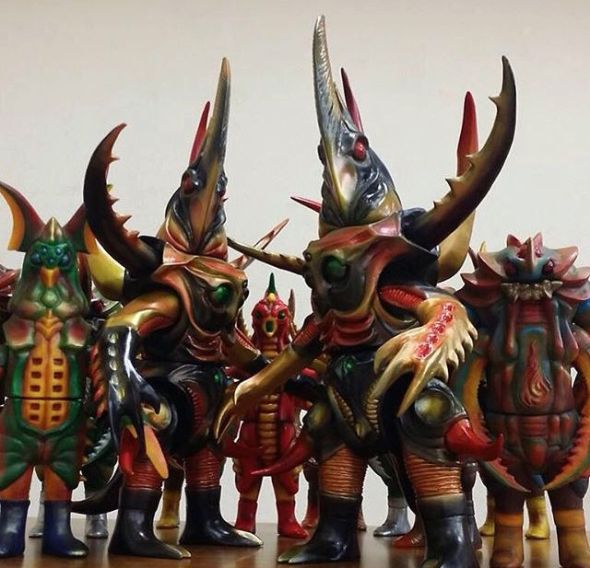 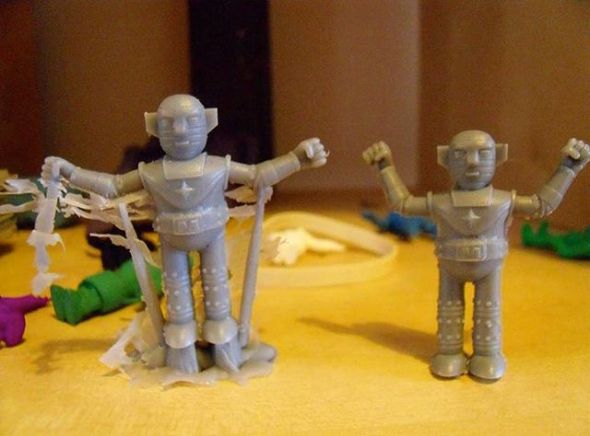 As promised earlier, we bring you yet more news from Awesome Toy today, as the Hong Kong-based toy producer introduces one of a series of figures from their recently announced “Artist Collection”… the “FAKE BARON” keshi from Bigmantoys! Drawing inspiration from the classic era of mini figures, the M.U.S.L.E-esque piece has been digitally sculpted by BMT’s Lee Burbridge, coming authentically scales at around 2″ tall. Produced in a keshi-style rubber and treated to a knock-off style header card (not pictured), these little guys are set to make their debut at Superfestival 69 this coming Sunday, September 27th. Keep an eye on the Awesome Toy Instagram feed here for news on an overseas release soon!

As if his own previously revealed exclusives for Superfestival 69 weren’t enough (check them here if you haven’t already), sofubi producer Algangu will also play host to the debut sofubi from Teddy Maker – dubbed “Tibe” – at the event too! A collaboration with bespoke Japanese jewellers Magical Design, the mini-mid sized figure appears to be inspired by the company’s signature tattoo skull rings, featuring a similarly embellished face and body. Produced in what appears to be a black soft vinyl with eye-catching metallic green sprays for its first release, the Magical Design x Teddy Maker sofubi will be up for grabs at Algangu’s section of the “Bad News Rad Uncles” Sufes booth (B1-4) this Sunday, September 27th for an undisclosed sum… Fingers crossed for a mail order release sometime soon! 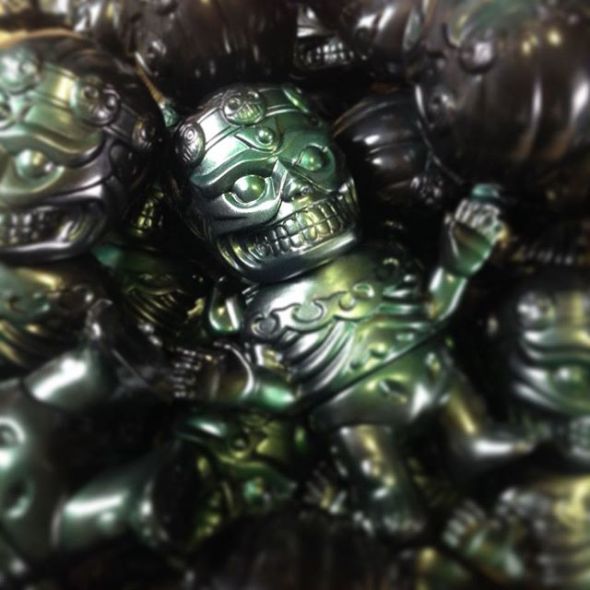 Datadub over at Fig-Lab is proud to reveal that his signature “Glitter Bomb” colorways are set to continue come Superfestival 69 this weekend, as he presents his latest collaboration with Paul Kaiju… the “Deuce Point Zero” Unchiman! A whole 9″ of glitter-infused poo kaiju, these must-have figures have been cast in the same “raspberry” and “emerald” colored vinyl as previous releases, this time coming with gorgeous copper and gold rubs with contrasting metallic spot detailing. Packed alongside matching Morning Men omake accessories, the “Deuce Point Zero” Unchimen will be touching down at the Fig-Lab booth this Sunday, September 27th for an undisclosed sum… Here’s hoping a few have been held back for an online release soon after!

Funnyara over at legendary Japanese toy retainer Astro Zombies is proud to reveal that the highly sought after “Skull Wing” sofubi will return for Superfestival 69 over the weekend in an all-new “Grim Purple Haze” colorway! Standing at around 4.5″ tall and featuring articulation in the neck, shoulders and waist, the classic fight-style figure has been produced by Secret Base in what appears to be a marbled, glitter-infused gold and purple vinyl this time around, coming complete with simple silver/purple masked sprays and logo detailing. Touching down at Sufes this coming Sunday, September 27th, pricing and edition size for the figure are still to be confirmed…