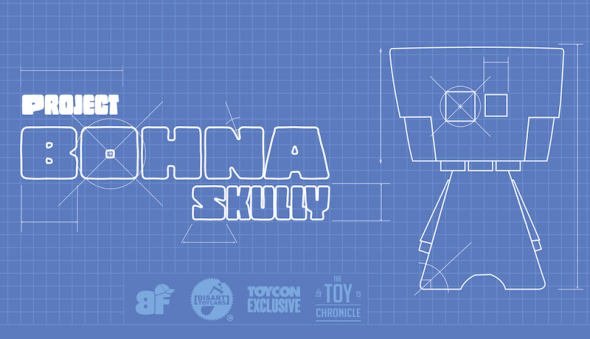 After months of hard work and organisation, Gary Boon over at Blue Frog World is finally ready to reveal his first ever original resin creation… the Bohna Skully! Initially starting out as a sketch and quickly progressing to digital form via 3Ds Max, the sleek 2-part design has been created primarily as a platform for customisation, drawing inspiration from the likes of Ferg’s “Sqube” and MAD’s MADL to form a subtly interesting yet neutral enough canvas for artists to work with. Produced by our very own Tru:Tek over at the Disart ToyLabs, an initial run of 25 blank DIY versions have been created for a custom show to be held at ToyCon ’15. With most currently winging their way to the hugely talented list of people below, Gary will also be giving one lucky up and coming artist the chance of bagging the figure early and having their own creations displayed at the event too.

Teaming up with the organisers of ToyCon and The Toy Chronicle, Gary is currently offering up a digital template to all aspiring toy designers, painters, illustrators, sculptors, metal workers, or just generally a creative people (right here) with a view to designing their own Bohna Skully custom. Finished entries will need to be sent over to bohnaskully@blue-frog.co.uk by the close date of October 10th, at which point 3 designs will be chosen – one from each of the guys – and then be put up for public vote through The Toy Chronicle. The winner will have the chance to render their design in 3D on the platform, as well as have it displayed alongside the following artists at the con next April-

Stay tuned for more news on the project soon, and be sure to keep a close eye on the #BohnaSkully hashtag on both Twitter and Instagram to see updates of how all these amazing artists are getting on… 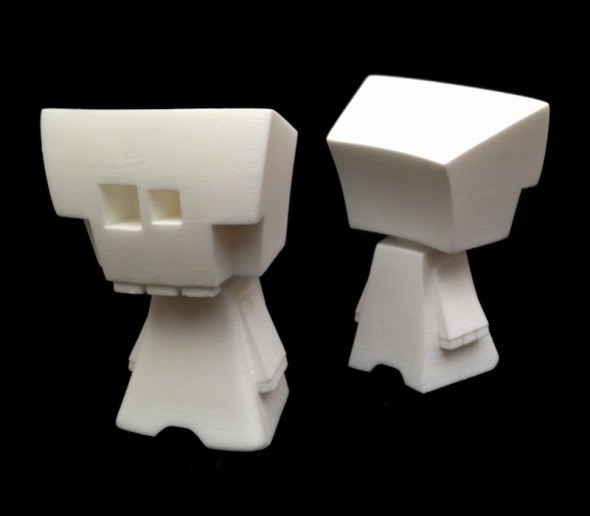