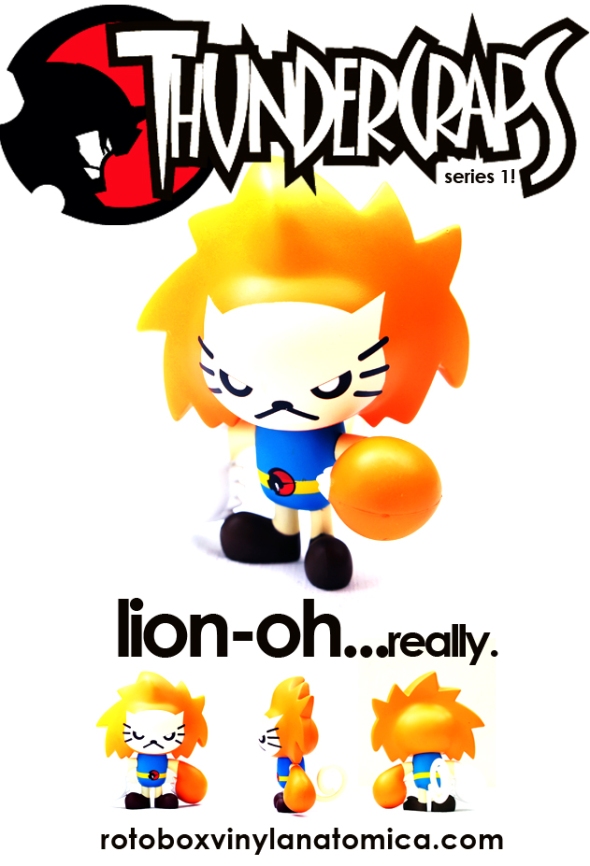 Philippino designer toy house Rotobox has recently released a limited number of signed artist proofs from their Thundercraps series 1 line. Paying a loving tribute to Lion-o and Tygra from cult cartoon Thundercats, the toys, based on Rotobox’s Spiki platform, were originally revealed earlier in the year at the San diego Comic Con to huge success. Curiously, we hadn’t seen anything of the toys since their reveal, so it was a nice surprise to see them available to purchase- albeit in limited numbers.

Tigrowl and Lion-oh-Really are available through Rotobox’s store here for P600 each or P1000 for the pair. Anyone outside of the Philippines should e-mail Rotobox directly at… for international prices and shipping rates.

Rotobox recently took part in the Vinyl+Splash custom art exhibition, with their Superobo Android Avenger set (pictured here) stealing the show. Consisting of various designer toys mashed to perfection, Rotobox’s beautiful interpretations of our favourite Avengers characters, including Hulk, Thor, Iron Man and Captain America have to be seen to be believed! Check their site here for more pictures…