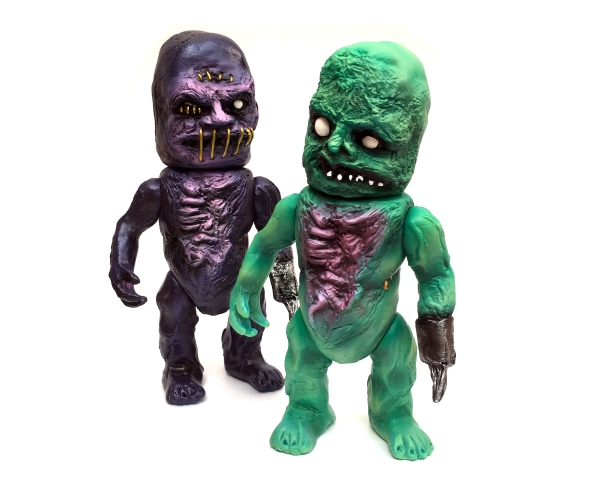 All items will be available alongside the rest of our back catalogue right here this coming Sunday, October 9th at 1pm London time– a little earlier than usual so more people get a chance this time! 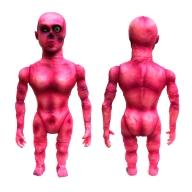 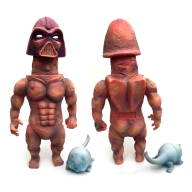 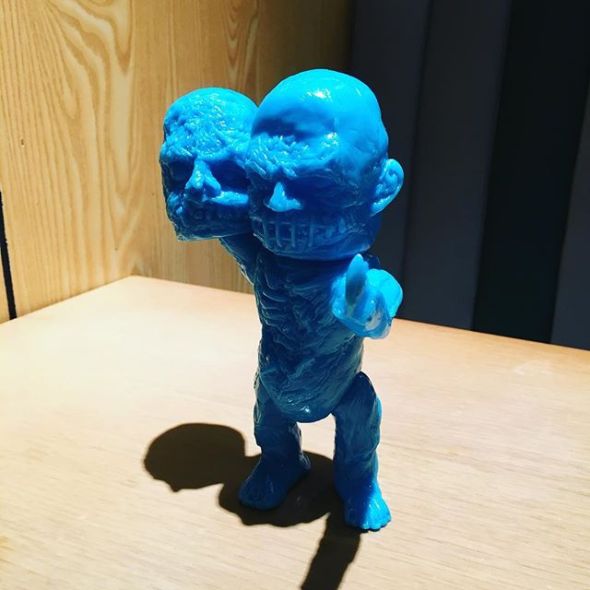 Following the success of both YouZha and Goodon, Hong Kong-based artist Kearjun is proud to unveil his third (and fourth!) soft vinyl figure… the awesome Kella and Lekka! Featuring a very similar aesthetic to the Fulci Zombi 2-inspired YouZha, this all-new rotting zombie appears to stand at around the same size at 8″ tall, featuring 2 very different heads that can be interchanged on the standard body. Whilst information on the first release is still forthcoming, we can assume from previous releases that painted artist runs will follow in due course. Keep an eye on Kearjun’s Instagram feed here for more info on the pair soon! 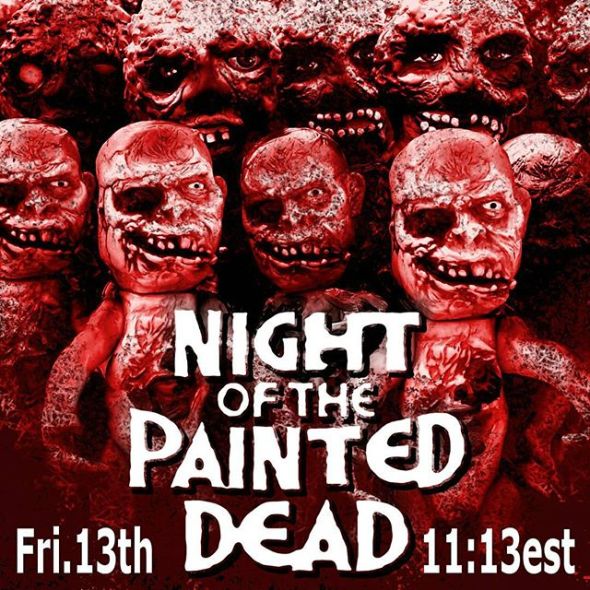 Gnosis’ Grizlli Atom has teamed up with both Kearjun and Blood Guts Toys for a special “Night of the Painted Dead” release featuring both YouZha and Shikabane figures! First up, we have the “Yama” YouZha. Standing at around 8″ and featuring 5 points of articulation, these have been produced in a flesh-tone vinyl complete with pink rub and randomly assorted blue and green sprays. Limited to just a handful, these have been priced at just $130 each plus shipping… Next, we have the “Tarman” Shikabane. Featuring both “Toxic” and “Flesh” Eater head designs, these 11″ monstrosities have been treated to a swathe of gruesome brown and black sprays inspired by Night of the Living Dead 2’s tar covered zombie. Once again limited to just a handful of figures, these Tarman Shikabane will be joining the Yama YouZhas in the Grizlli Atom store tonight (11/13) at 11.13pm Eastern time, coming in at just $230 each plus shipping… 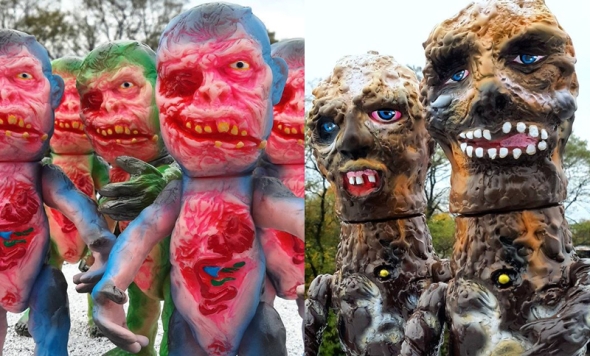 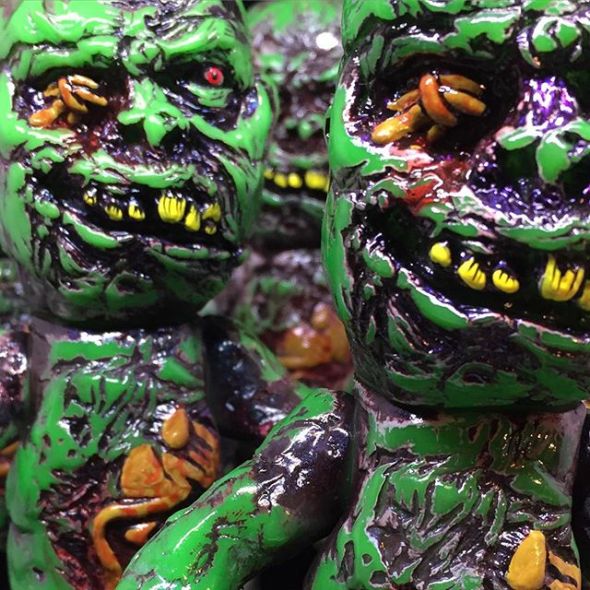 Whilst versions of Kearjun‘s latest vinyl figure “Goodon” have been cropping up over the past couple of weeks, Blurble has returned to the artist’s debut toy “YouZha” for a special “Rotten Fruit” micro-run! Standing at around 9″ tall and featuring articulation in the head, arms and legs, the Zombi-inspired figure has been produced in a bright green soft vinyl this time around, coming with numerous sprays, rubs and hand painted detailing from Blurble to create the decayed look you see above. Presumably limited to just 5 pieces, the “Rotten Fruit” YouZhas will be touching down in Blurble’s store this coming Saturday, November 7th for around $125 each plus shipping… 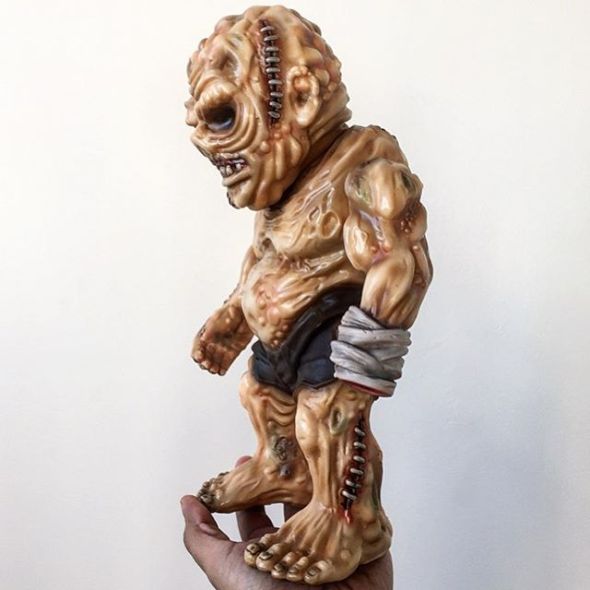 First seen right here a few weeks back, the debut version of Retroband‘s highly anticipated “Meats” vinyl figure has just been revealed in-full! A loving tribute to both classic zombie and body horror flicks, the decaying, deformed creep stands at a round 12″ tall, featuring articulation in the arms, legs and neck as well as coming with both cleaver and meat hook accessories. Produced by Unbox Industries in a tan soft vinyl for his first outing, Meats has been treated to a plethora of subtle earthy sprays and hand brushed detailing courtesy of Retroband’s Aaron Moreno. Debuting in limited quantities at the Retroband x Miscreation Toys Designer Con ’15 booth next month, expect full release details for this must-have figure over the next couple of weeks… 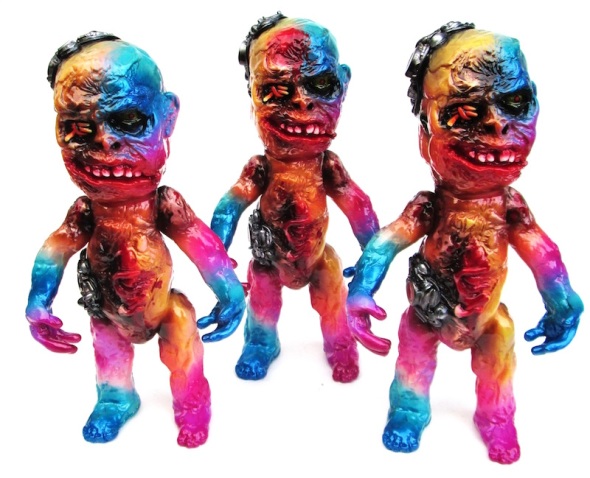 Wasting no time since D-Lux’s release just last week, Kearjun is proud to reveal yet more artist micro-runs utilising their ever popular YouZha vinyl figure! First up, we have the “Mecha” edition from none other than Todd Robertson aka Mechavirus. Produced in a flesh vinyl, these 8″ tall figures have been treated to Todd’s signature metallic Monster Kolor sprays, each coming complete with unique blood splatters and rubs plus those all-important found object “mecha” embellishments in the back of the head. Limited to an edition of 6 pieces, these guys will be touching down in the Mechavirus store at some point later this week… 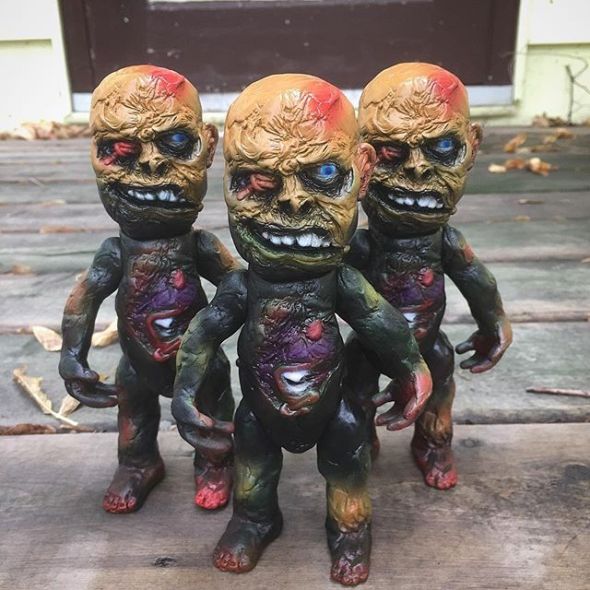 Next, we have the “Tarman” YouZhas from Monsterfoot Creations. Inspired by Night of the Living Dead’s infamous trioxin-ated zombie, these guys have been lovingly painted in a grimy mix of black and tan sprays with contrasting purple and red highlights. Limited to an edition of just 3 pieces, expect these in the Monsterfoot Creations store later this week for an undisclosed sum… Keep an eye on both Mechavirus‘ and Monsterfoot‘s Instagram feeds for full release details soon! 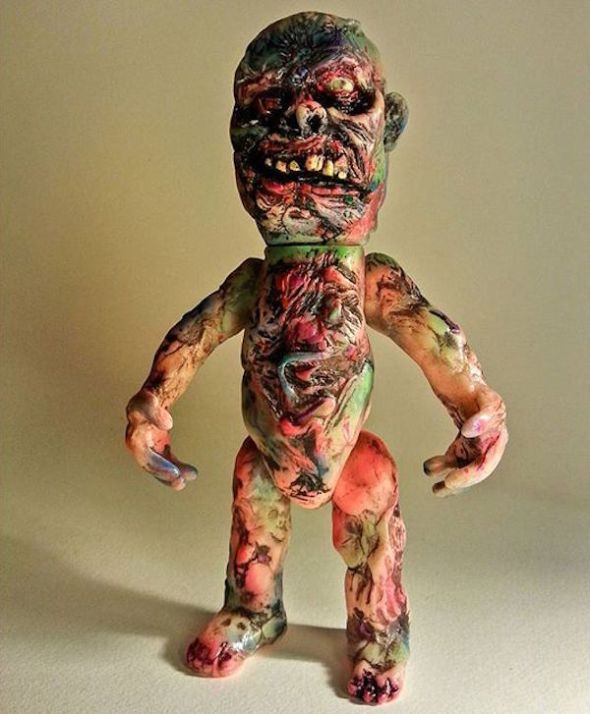 Having made its debut last month as part of a unique “trade only” release, the awesome “YouZha” vinyl figure from Kearjun is set for its first painted run this week courtesy of Krotpong! Standing at around 8″ tall, the Fulci-inspired zombie has been produced in a pink flesh-tone vinyl this time around, coming with a number of green and red sprays over a detail hugging black rub. Limited to just 5 pieces, Krotpong’s YouZhas will be available from the artist’s store on Sunday, August 2nd at Noon CST for just $130 each plus shipping… Look out for more artist runs – including batches from Secret Demon Services and even our very own Tru:Tek – soon…